IrisVision is growing like never before and is quickly adding new, talented people to the team. In this episode, we’re putting the spotlight on the man of the hour, Tom Lichti, the sales and operations manager at IrisVision. Tom joined our team early this year and has been leading sales and distribution for IrisVision. With his extensive experience in the field, Tom can often be seen in the office mentoring his team members, assisting customers and making us all laugh with his funny jokes!

Where are you from originally?
I was born and raised in San Jose. 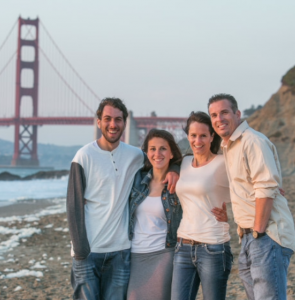 Tom and his family near the golden gate bridge.

What did you do before working at IrisVision?
I was the Director of Inside Sales at a startup in the Bay Area.

If you could meet anyone, dead or alive, who would it be?
It would be John F. Kennedy, because I have huge respect for his accomplishments during his presidency. My favorite quote from him is “Once you say you’re going to settle for second, that’s what happens to you in life.”

What is your favorite hobby? 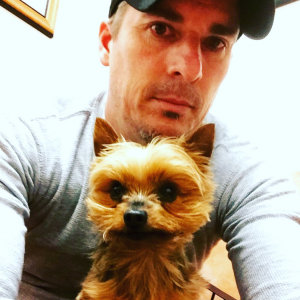 I like playing pickup basketball and all sports in general.

What’s something that people don’t know about you?
I’m an animal rights activist!

Where would you like to go for your dream vacation?
I’d like to go to Monaco because I’m a James Bond movie fan. I want to check out the casino there!

If you could listen to only one music for the rest of your life, what would it be?
Definitely Rock n’ Roll!

What has been your proudest moment in life?
When I had my kids.

Where was the best concert you’ve been to?
I attended a concert by Nirvana at The Warfield in 1991. This concert took place just a month after their new album release. I remember my ticket was only $13, but by the night of the show the tickets were selling for $1300 a piece! 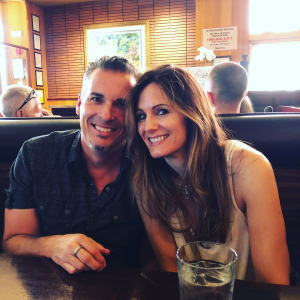 Tom and his wife at a fancy restaurant.

Stay tuned for more updates from IrisVision Blog. Don’t forget to sign up for our newsletter below to get updates instantly sent to your mailbox!

About the Author: Chang Park