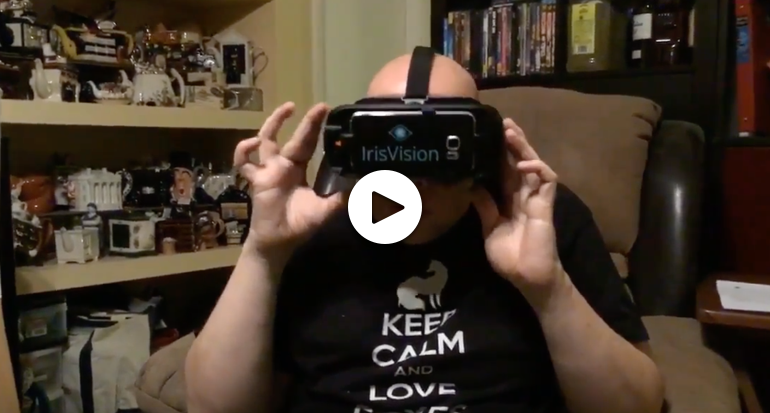 Ryan is a talented blind magician and YouTube personality from Scottsdale, Arizona. At the age of 9, he was diagnosed with a brain tumor called Medulloblastoma, which was the size of a grapefruit and located on his brain stem. The tumor caused a fluid buildup in his head and cut off the blood flow to his optic nerves, which led to optic nerve atrophy. As a result, Ryan has little-to-no peripheral vision and cannot see something unless he gets very close to it.

When Ryan was recovering in the hospital after his tumor-removal surgery, his parents encouraged him to learn magic tricks to help with his motor skills. “I remember my parents reading me the instructions and soon I started teaching myself. I eventually got to the point where I could perform magic tricks on stage and even teach kids how to do them,” he says.

Recently, Ryan was introduced to IrisVision. He says the biggest benefit was being able to focus and see clearly.

“I have not been able to see my mom’s face for 24 years, and to see her again was a life-changing experience.”

Cooking — another one of his passions — is now easier and safer for him. “I can now cook a steak the way I want without burning my face with the oil in the pan when I get too close,” he says. Ryan now reads books that he couldn’t read before He also uses IrisVision for TV watching and going to the theater. “I watched a movie in the theater for the first time. I sat in the middle instead of the very front, and I was in tears when I realized I could actually watch a movie clearly.”

“I even took it to the baseball stadium and could see the score clearly and even the players’ faces. Did I mention I could actually see the puck in the ice hockey game?”

As a blind magician, Ryan says wowing his audience has been something that he could only feel. Now, with his IrisVision, he will not only feel the amazement in his audience members amazement, he will see it too. 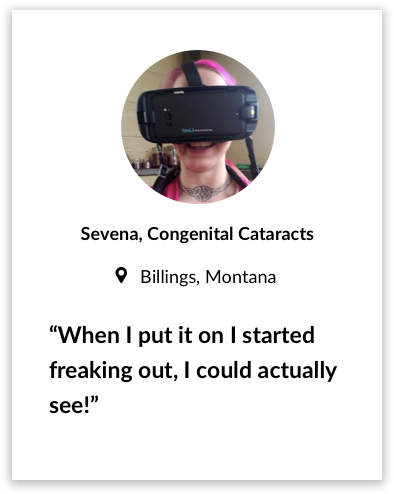 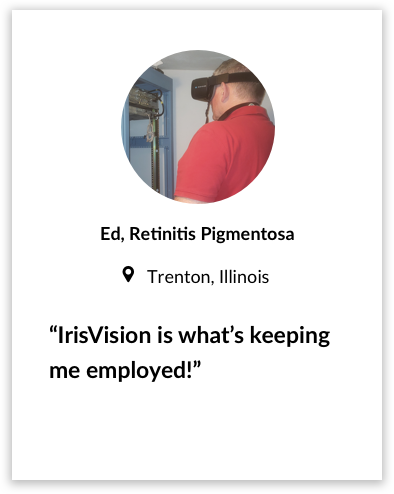 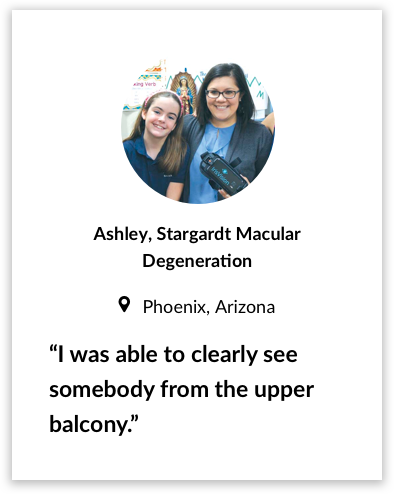 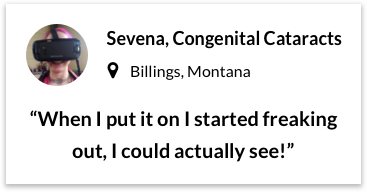 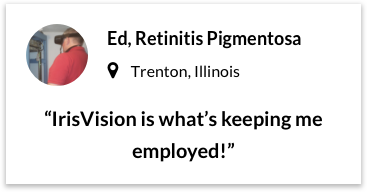 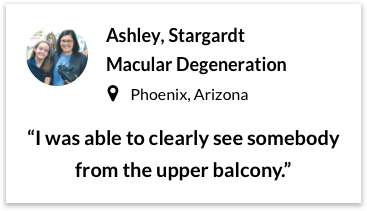 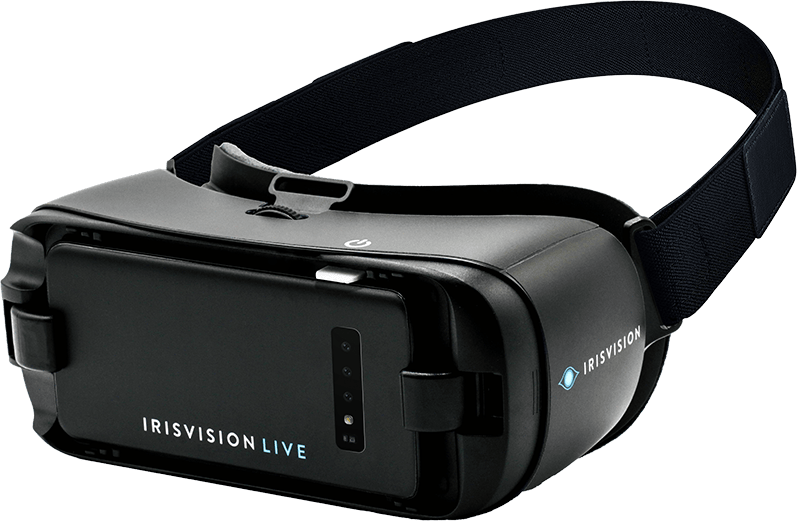