The retinal disorders of cone rod dystrophy affect the retina, a light-sensitive tissue layer at the back of the eye. Vision loss is a result of light-sensing cells of the retina beginning to gradually deteriorate.

Let’s have a little recap of the signs and symptoms of cone rod dystrophy.

Often occurring during childhood, the first sign and symptom of cone rod dystrophy is reduced sharpness of vision (visual acuity) and increased sensitivity to light (photophobia). At a later stage, most likely into adulthood, impaired color vision, blind spots in the central vision, and partial side (peripheral) vision loss are among the symptoms of cone rod dystrophy as well. Over time, an affected person may develop night blindness and worsening of peripheral vision loss, limiting mobility. Reading becomes difficult with reduced visual acuity, and most individuals are declared legally blind by mid-adulthood.

Here’s a small dive into the different types of cone rod dystrophies based on their genetic cause and the way they are inherited.

Multiple mutated genes can cause cone rod dystrophies, which leads to loss of cone and rod photoreceptor cells. Among the 35 genes linked to this condition, it includes ABCA4, CRX, GUCY2D, and RPGR.

Out of these three, autosomal recessive is the most common pattern of inheritance. It means that both copies of mutated genes give rise to this condition. Hence, both the mother and father have passed on the mutation of the gene in question.

Even with the defined inheritance patterns of cone rod dystrophy, some form of it may occur spontaneously without any apparent reason. This happens when a new genetic mutation may have occurred, causing the condition to develop.

How is Cone Rod Dystrophy Diagnosed?

Your eye doctor can diagnose for cone dystrophy and cone rod dystrophy based on the presenting symptoms, clinical examination and by performing an electro-diagnostic test of the retina, known as the electroretinogram (ERG).

To further progress with the diagnosis, your ophthalmologist may use a special camera to take pictures of the retina to assess the health and integrity of the various retinal cells.

For a complete and definitive diagnosis, genetic testing would help identify mutations in any of the 30 genes associated with cone dystrophy and cone rod dystrophy.

As cone rod dystrophy is a genetic condition, it may also affect other parts of the body, which may be a direct result from conditions like Bardet-Biedl and Alström syndrome. Hence, some children, with probable cone rod dystrophy, are referred to a pediatrician and other specialists for further assessment, including but not limited to:

We have got the basics down for you, and we’re sure you have got the hang of various aspects of cone rod dystrophy. Let’s take a look at how common the disease is.

Surprise surprise… Cone rod dystrophies only occur in 1 out of 30,000-40,000 people. Hence, it’s a relatively rare genetic disease, yet it affects a vast amount of people in North America and around the world.

So if you’re someone with cone rod dystrophy and have kids or know any children in your family whose parents are affected by cone rod dystrophy, you should get them in for an examination by an ophthalmologist.

Is There a Way to Overcome Cone Rod Dystrophy?

However, sadly, there is no cure or treatment (yet) for cone dystrophy and cone rod dystrophy. But there are ways to manage the symptoms and slow the progress of the condition and live a fairly independent life.

You can maximize on the available vision and get access to social support. Here are a few ideas to get the ball rolling:

Visual aids, especially assistive technology, are highly beneficial for someone affected by cone rod dystrophy. Why? Assistive technology visual aids provide a person with an independence that we all crave and take pride in. These visual aids, optical and non-optical, are usually designed to help people with vision loss or other disabilities, including everything from screen readers or screen magnifiers for low-vision computer users, video magnifiers and other devices for reading and writing with low vision, to braille watches and braille printers.

Among these, we have visual aids designed for people who have vision loss or declared legally blind, due to various eye diseases and conditions. IrisVision is an effective low vision, assistive technology visual aid that assists in enhancing the remaining vision of an affected person.

You can check out the story of Ed, who suffered from Retinitis Pigmentosa, a form of cone rod dystrophy and how IrisVision was able to turn his life around. 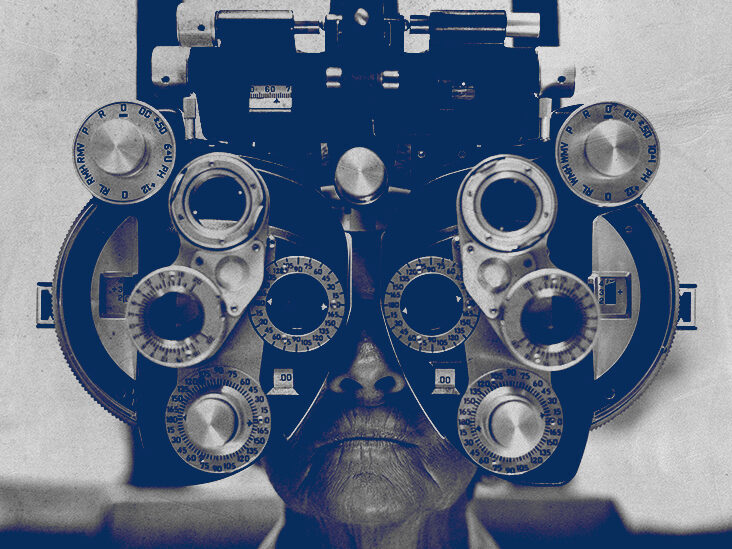 What Is Cone Rod Dystrophy? Gallery